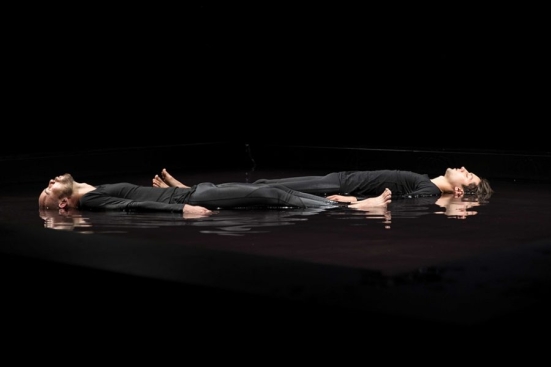 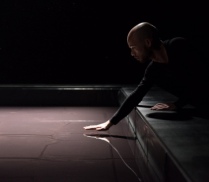 A performer, a dancer and the universe. The endlessly large is mirrored in the endlessly small. Between them lies a water basin, around which the audience sits as if attending a ritual. The acoustic intensity of the dance performance INVERSUM directs ears and eyes towards the heavens. But for Isabella Roumiantsev this is neither sublime nor harmonious, but rather dissociative, arrhythmic, twisted, and paranoid: “Scattered into innumerable particles, the cosmic body seeks out its integrity as an endlessly vast space, which stretches outwards beyond itself. In a billion year’s cycle it suffocates in its own void and gives birth to itself, over and over again. Substance, identity, space and time are inverted and distorted in its restless sleep. The cosmos pursues its own paradox into a reality, in which it can decipher itself.”